Phase one, of the MetroWest project which is currently under way, will see the reopening of the Portishead line to passenger trains and improved services on the Severn Beach and Bath to Bristol lines. Phase two would reopen the Henbury Line to an hourly spur service, as well as providing increased, half-hourly trains to Yate.

Expanding MetroWest 30 miles beyond Yate to Gloucester in the north, and 15 miles from Bath to Westbury in the east is now within the scope of the MetroWest project after being welcomed by the West of England Combined Authority Committee.

The proposal to extend the service to Gloucester in place of the Yate turnback has been developed with the train operators and Network Rail. Gloucester is considered a better terminating point for the services because less significant infrastructure is likely to be required whilst extending the communities within reach of the MetroWest services.

The Westbury extension is expected to provide a better mix of local and regional train services, addressing overcrowding issues and making better use of trains and train crews.

Further work is now required for both extensions to confirm the cost and timescales. Once these have been confirmed the proposals to extend the lines would then formally become part of the MetroWest project.

West of England Mayor, Tim Bowles said: “The new MetroWest rail network is going to get our region and its economy moving. It will help create jobs, connect our communities and create more than 1million new journeys on our railway network each year. It will also help us cut carbon emissions, ease congestion and improve our region’s air quality so I’m very pleased that by extending services to Gloucester and Westbury we will give even more residents see those benefits that I know they have been calling for.”

Mike Gallop, Western route director for Network Rail, said: “This is a very welcome step towards delivering enhanced rail services for passengers in and around Bristol. Our work with West of England Combined Authority and local authorities to deliver MetroWest will help to transform the city’s suburban rail network. It will bring new communities together by offering a choice of rail, rather than road, and it will help to support growth through the regeneration of the former Filton Aerodrome site. It’s good news for passengers and for the economy too.”

Once completed, MetroWest will connect an additional 80,000 residents directly to the national rail network and includes: 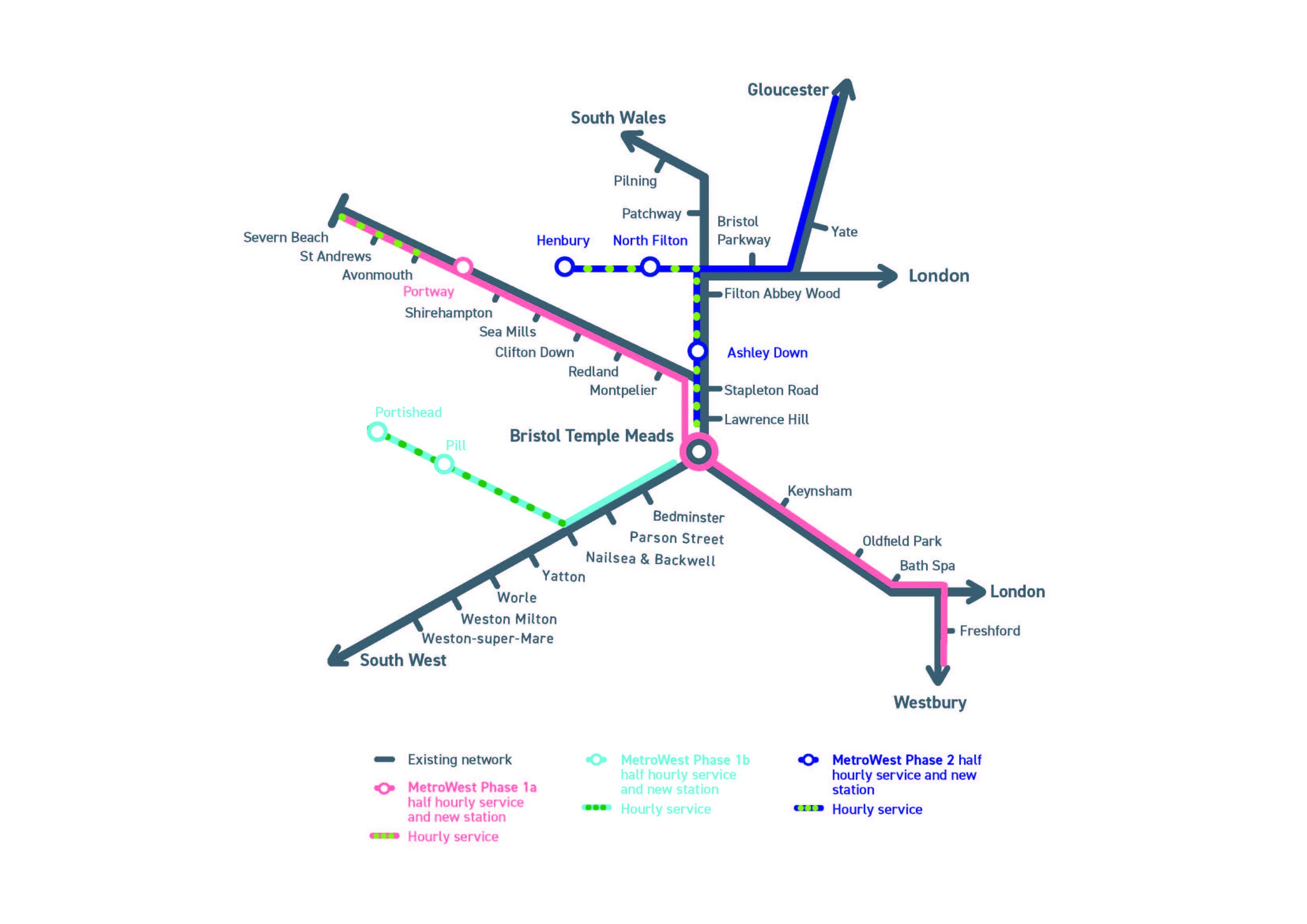